Even paradise has a dark side…

Working with local, state, and federal agencies, the men and women of TASK FORCE HAWAII work on cases ranging from bank heists to terrorism. A diverse team filled with ex-military, law enforcement, medical, and technical support, they are Hawaii’s last defense against the worst criminals. The series will include six books total.

He’s got a killer to catch and no time for love. Fate has other plans.

Former Army Special Forces Officer Martin “Del” Delano has enough on his hands chasing a serial killer and heading up TASK FORCE HAWAII. He definitely doesn’t need the distraction of Emma Taylor. From the moment they meet, she knocks him off his feet, literally. Unfortunately, she’s the best person to have on the team to make the connections to help them catch their killer.

For Emma, it’s hard to ignore the lure of a man like him. Tats, muscles and his Harley cause her to have more than a few fantasies about Del. He’d never be interested in a geek like her, but she can’t resist toying with him. When she pushes the teasing too far, she ends up in his bed. She convinces herself she can handle it until the moment he steals her heart.

Del can’t help falling for the quirky genius. She’s smart, funny and there’s a sweet vulnerable side to her that only he can see. As Emma gets more involved with the investigation, she becomes the target of the psychopath. When the danger escalates, Del promises to do anything to save the woman who not only captured his heart but also his soul. 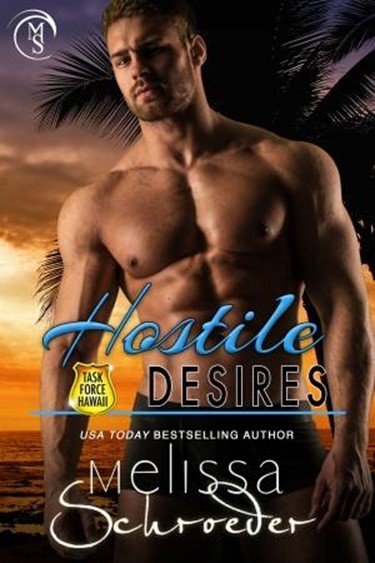 As a cold case heats up, two former adversaries discover there is a thin line between love and hate.

Seven years ago, Dr. Elle Middleton’s world crashed and burned. She has rebuilt her life and found comfort in her work as the medical examiner for TFH. When a new case leads to a cold case, she is beyond excited for the challenge, until she finds out the one man she wants to avoid is her partner on the case.

Graeme McGregor isn’t any happier with the assignment. The doctor gets under his skin in more ways than one. He’s avoided his attraction by keeping his distance from her, but working with her has made it impossible to resist taking a little taste.

One kiss leads to another…then to a full blown affair. But even as they draw closer to each other, secrets from that long ago murder rise to the surface. The killer’s determination to stay free leads to a dangerous confrontation that puts both of their lives in peril and could leave TFH in shambles.

Charity Edwards has never been a woman who liked to compromise–not at work and definitely not in her personal life. So, when TJ Callahan appears on the scene as their FBI liaison, she decides to take a chance on the slow talking Texan.

TJ doesn’t like undercover work, but thanks to an old case, he has been tasked to do just that. He uses his position to infiltrate TFH to investigate Charity, a woman well-known for her hacking skills. His almost instant attraction he has to Charity makes it impossible not to blur the lines and he soon finds himself falling for the impossible woman.

When his assignment is revealed, Charity wants nothing to do with him, but she has no choice. Thanks to TJ’s investigation, Charity’s life is in jeopardy and he will do anything to protect her–even if it means sacrificing himself.

Facing an obsessive killer proves to be easier than falling in love.

The last person Drew Franklin wants to work with is Cat Kalakau. Their history makes it difficult being in the same room, let alone being joined at the hip during a case. Months ago, they’d shared a night filled with romance and a bit more, but that ended after he was shot. Since then, even their friendship seems to have fallen apart. But he will do his job, even if spending more time with her is killing him.

Working with Drew every day reminds Cat she’s to blame for his injury. It doesn’t matter that she wants him more than her next breath, or that every time he looks at her she melts into a puddle of lust. She needs to resist her own desires to protect him as they hunt a serial killer targeting wealthy men signed up for dating services.

Soon though, their time together proves to be too much. One fight leads to a kiss, which leads to so much more. Neither of them is prepared for the overwhelming need they have for each other or the connection they seem to have. But when Cat realizes Drew is the object of the killer’s obsession, she will do anything to protect him even if it means sacrificing her life for his. 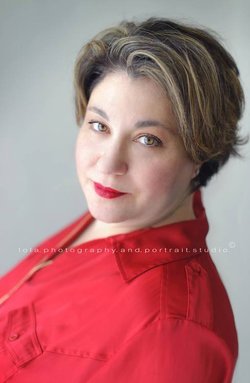 Born to an Air Force family at an Army hospital, USA TODAY Bestselling author Melissa Schroeder has always been a little bit screwy. She was further warped by her years of watching Monty Python and her strange family. Her love of romance novels developed after accidentally picking up a Linda Howard book. From then on, she was hooked. She read close to 300 novels in one year and decided romance was her true calling instead of the literary short stories and suspense stories she had been writing. After many attempts, she realized that romantic comedy, or at least romance with a comedic edge, was where she was destined to be.

Influences in her writing come from Nora Roberts, Jenny Crusie, Susan Andersen, Amanda Quick, Jayne Anne Krentz, Julia Quinn, Christina Dodd, and Lori Foster. Since her first release in 2004, Melissa has written close to thirty short stories, novellas and novels released with seven different publishers in a variety of genres and time periods. Those releases included a 2005 Eppie Finalist, Two Capa finalists, and an International ebook best seller in June of 2005. Surrender was named top Category Romance by Authors After Dark, and she was named Author of the Year and Most Accessible Author.

Since she was a military brat, she vowed never to marry military. Alas, fate always has her way with mortals. Her husband is an Air Force major, and together they have their own military brats, two girls, and an adopted dog-daughter. They live wherever the military sticks them, which, she is sure, will always involve heat and bugs only seen on the Animal Discovery Channel. In her spare time, she reads, complains about bugs, travels, cooks, reads some more, watches her DVD collections of Arrested Development and Seinfeld, and tries to convince her family that she truly is a delicate genius. She has yet to achieve her last goal.

She has always believed that romance and humor go hand in hand. Love can conquer all and as Mark Twain said, “Against the assault of laughter, nothing can stand.” Combining the two, she hopes she gives her readers a thrilling love story, filled with chuckles along the way, and a happily ever after.

To keep up with all of Mel’s happenings, make sure to follow her here: