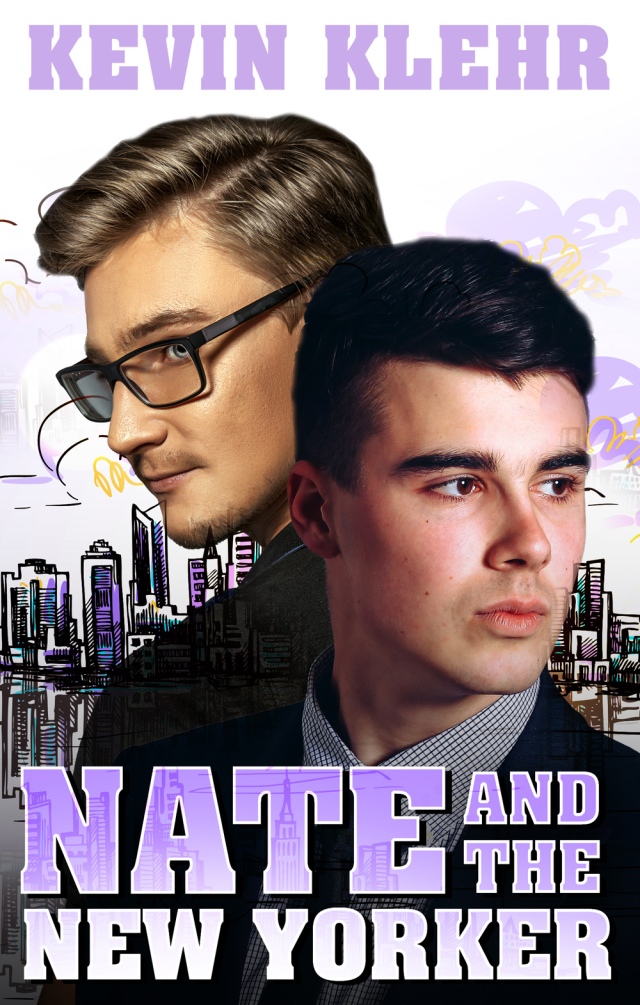 Cameron has it all. He’s rich, lives in Manhattan, and even has a cross-dressing butler. But then he meets Nate, an Australian who’s bitter about love. Cameron is determined to turn this realist into a dreamer by sharing his world of classy restaurants, Broadway shows and fabulous parties. And while Nate’s friends see the makings of a fantasy romance, it’s Nate who has to learn that in order to open his heart, he has to face a painful secret.

Both Cameron and I had Hawaiian shirts to wear, while Rowena sported a tie-dyed sarong and an afro wig. And around us, interesting guests wore chic little skirts, James Dean-style jackets, hippie gear, and mod wear.

“You haven’t introduced me yet,” said a middle-aged woman to Cameron. Her rust-colored coat had a masculine cut. Yet she elegantly held a long-stemmed cigarette holder with something that smelled very much like a joint burning on the end.

“Sorry,” said my charming American. “This is my friend, Nathan. And this well-dressed lady is my Aunt Beverley.”

She took my hand and kissed it. “I hope you don’t think me too forward, it’s just that you’ve got such fascinating features.”

“My aunt likes to flirt.”

“It runs in the family,” she replied. She gave me a measured wink. “Now, nephew, where have you been hiding this handsome Englishman?”

“It’s your accent. I never can tell the difference.”

“I need you!” yelled a girl in a flower necklace. She was the drummer of the band and was addressing our host.

He kissed me on the cheek and then headed for the microphone stand.

“You’re in for a treat,” whispered Aunt Beverley, her voice raspy from years of smoking.

“He sings,” she replied.

A laid-back strum of the bass guitar started the song, followed by a drum beat. Then the vocal. And before I knew it, I was being serenaded in front of a room full of acquaintances. But, wow! What a unique experience.

“I’ve never seen him go out on a limb for someone like this before,” said his aunt.

I smiled politely, then closed my eyes. He was crooning. His honey voice made my soul rise out of my body and search for a dream. And in the hip nightclub that appeared in my mind, he wore a gray suit with a crimson tie, standing tall in front of the trumpet section who were waiting for their cue. And I was the only one in the club.

“Where are you?” asked Aunt Beverley in a low tone.

I wanted to say I was in love but stopped myself. I realized it was rude to have my eyes closed during Cam’s song. I opened them. He had me in his sights. I wanted to jump into the waves on his Hawaiian shirt and end up on a deserted island with just him and me.

“Would you like a toke of my cigarette, Nathan?”

“No, thank you. I think the fumes have already hit me.”

Kevin lives with his long-term partner in their humble apartment (affectionately named Sabrina), in Australia’s own ‘Emerald City,’ Sydney.

He has penned two novels, Drama Queens with Love Scenes and Drama Queens and Adult Themes and the ebook novella Nate and the New Yorker.

His short story, Conversations with an Angel, is part of Jerry L. Wheeler’s Men In Love anthology released through Bold Stroke Books.

3 thoughts on “Nate and the New Yorker by @kevinklehr”